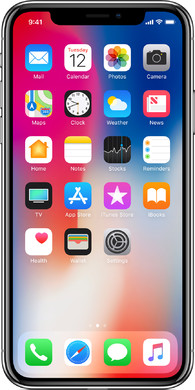 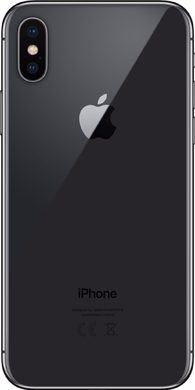 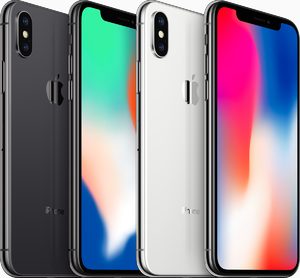 Reviews about the Apple iPhone X

When the first iPhone came out in 2007, it was laughed at by competing phone companies. "There's not even a keyboard on it! Ten years later, we know how much the iPhone has taken the landscape of smartphones by storm. In terms of software, controls and apps, for years Apple has been laying out the lines of what we do and can do with phones. But over the last few years, the draft got in a bit. Major innovations were missing in the hardware and software - and the price compared to the competition was still high.

The Apple iPhone X is Apple's homage to the iPhone's tenth anniversary. The device has a rather revolutionary new housing of which the front side consists almost entirely of a screen. Only at the top there is a notch, if not for nothing. Why exactly and what makes the iPhone X special are explained below.

Apple revolutionized the smartphone market when it launched the very first iPhone in 2007. Hated by the market leaders of the time, but Apple was right in the end. It was a resounding success with huge sales numbers. The iPhone X, of which you pronounce the 'X' as 'ten', should be a kind of homage to that very first iPhone. Somewhere we see that back on the edge around the aircraft which is a bit rounder and thicker than its predecessor. It doesn't matter much because the screen is almost against it. As a result, there is no room for a home button, but there will be more about that later. Because those bars have been removed above and below the screen, Apple managed to place a larger screen in a smaller phone. 5.8 inches to be precise and this time of the OLED type. Apple calls it Super Retina HD making it sharp, high-contrast, and rich in color. The screen has new gestures to alleviate the lack of the home button. Swipe up to go to your apps, swipe up and hold to view your open apps and swipe down from the top right corner to open the updated Control Center are a few examples. Apple's Super Retina HD display uses a variety of ambient light sensors to achieve what they call True Tone white balance. That should provide a more pleasant picture. Also good to know is that the screen supports HDR, HDR10 and Dolby Vision so you can play video content in that format. Colours should therefore appear more natural.

No fingerprint recognition but Face ID

As said, no home button in the iPhone X and therefore no more fingerprint recognition. Apple has come up with a whole new way to unlock your iPhone. Just by looking at it. This is called Face ID and for this Apple uses the TrueDepth camera at the top of the notch. It projects 30,000 points on your face and reads them out with an infrared camera. Even in the dark because a Flood Illuminator is built in as well, emitting invisible infrared light. According to Apple, Face ID is many times more reliable than Touch ID that works with fingerprint recognition. You don't have to worry if you're wearing a cap or glasses, or if you're growing a beard. Tap the screen, look at your iPhone X with your eyes open, and swipe up. You can also make payments using Apple Pay this way. The selfie camera at the front can also work together with the TrueDepth camera to create and send animated emoji, for example.

Play with the exposure

Just like iPhone Plus variants, the iPhone X will have a double camera on the back which this time is placed vertically. Both cameras are this time optically stabilized so you can shoot sharper pictures, even in the dark. By using two cameras it is possible to zoom in without loss of quality, even after shooting your photo. The processing power of the new A11 Bionic processor and its own Image Signal Processor automatically selects the best settings based on your environment. So in every situation the best picture. A new feature is the Portrait Lighting function where you can simulate the lighting of a portrait photo as if you were in a studio. This is an extension of the Portrait mode that Apple introduced in iOS 11, where you can blur the background extra. A handy feature of the Apple iPhone X is that the Portrait mode and therefore the new Portrait Lighting also works via the selfie camera this time. Selfies will probably get a lot better and more creative on it.

Wireless charging for a price

Finally, let's get back to the look of the iPhone X. We talked about the new screen that covers almost the entire front. On the back we now also find glass, according to Apple "the most solid glass ever in a smartphone". So we hope it doesn't break soon. Both glass panes are firmly held together by a stainless steel rim. It's so tight that the iPhone X is still splash, water and dust proof. Apple itself keeps it on IP67 so it has to survive a rainstorm or a splash of water. Still, we advise against swimming with it. The new glass back is not only for the beautiful effect, the iPhone X can also be charged wirelessly. The Apple iPhone X is suitable for any Qi charger which is now a well known standard. Starting in 2018, Apple will also launch its own charging accessory called AirPower. This is a mat on which you can charge an iPhone X as well as an Apple Watch and possibly AirPods. Apple's new iPhone X requires a lot of pouch work. Apple's first iPhone with starting prices above one thousand euros.

Alternatives of the Apple iPhone X