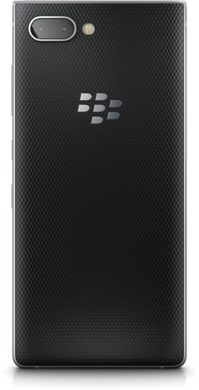 Similar with KEY2 but available

Reviews about the BlackBerry KEY2

The BlackBerry KEY2 is a further development of the KEYone from 2017. The housing has remained the same except for some details and the complete keyboard is still present. Yet there are differences, large and small that are worth discussing.

BlackBerry hasn't released phones itself for some time now and this KEY2 wasn't made by the Canadian company either. TCL designed it and screwed it together. Many people won't know that company, but it is one of the largest phone manufacturers in the world, of course from China. So you don't have to worry about the soundness of the KEY2. Renewal can be found in the keyboard, but with 20% larger keys you're less likely to be wrong. On top of that, there's an extra button; the Speed Key. This allows you to create shortcuts, up to 52 different ones. Apps, for example, open without having to return to the home screen each time.

The BlackBerry KEY2 differs in appearance at least from its predecessor, one thing is completely different and that is the camera on the back. The KEY2 is the first BlackBerry with a double camera. There are two 12 megapixel cameras that can detect depth. The software can then blur backgrounds, which results in beautiful portraits where the subject stands out, as it were. Thanks to the 2nd camera it is also possible to bring objects up to 2x closer. Phones with a single camera can only zoom in digitally, which always results in a loss of quality. The zoom on the BlackBerry KEY2 is optical and then you keep the sharpness and detail.

As we are used to from BlackBerry, this KEY2 also runs on Android, at the time of release version 8.1 Oreo. However, what distinguishes him from other Android phones is the presence of additional BlackBerry software. Think of DTEK; a package of apps that make him safer and more privacy conscious. It all happens in the background without you even knowing it. The BlackBerry KEY2 is made from a block of Series 7 aluminum with a non-slip back with a diamond pattern. This makes it less likely to accidentally slip out of your hands. For phone calls, the KEY2 has a large battery, especially considering the not overly large screen, which makes it easy to have two days of stamina. Forgetting to recharge one night isn't the end of your working day.

Video's about the BlackBerry KEY2

As @merijndoggen also said earlier there is only 1 reason to consider the BlackBerry KEY2 and that is his keyboard. BB is doing her best to convince you of that in this video

Let BlackBerry explain in 1 minute 37 what you can do with the KEY2 LE.

Change the layout of recently opened apps on your BlackBerry KEY2? That's how you do it

How to take a screenshot on the BlackBerry KEY2? Well, so...

Alternatives of the BlackBerry KEY2