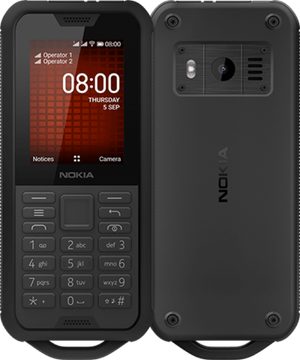 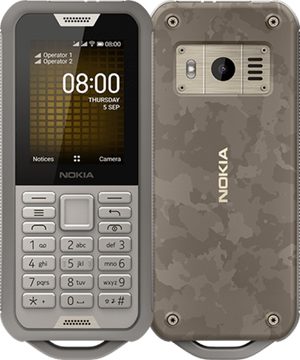 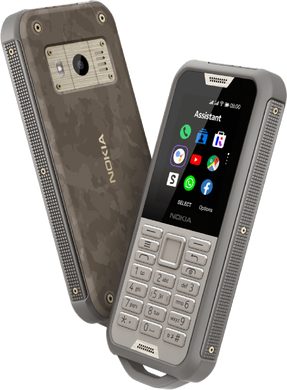 Reviews about the Nokia 800 Tough

The Nokia 800 Tough is the first rugged Nokia with a truly indestructible appearance. The phone may look a bit outdated due to its numeric keys, but it really is a smartphone with apps present. Think about WhatsApp and Facebook.

If you thought old Nokia phones were indestructible, take a look at this 800 Tough. The Nokia 800 Tough is the company's first official rugged phone. Ideal for those who spend a lot of time outdoors, in the great outdoors or just on the road. It is highly waterproof and dust-free. The sturdy case makes it fall resistant. The result is a phone that can withstand the elements including high temperatures. Ideal for workers on the move or for people who prefer to be in nature rather than at home.

Don't let his looks fool you. The Nokia 800 Tough is a true smartphone. It runs the relatively unknown KaiOS, but there are apps available for it such as WhatsApp and Facebook. You can also use it to browse the internet quickly thanks to 4G support. Even the helpful Google Assistant is at your disposal. You can give him/her voice commands such as turning on the flashlight. Speaking of which, you'll find it on top of the device and it's more powerful than a standard camera LED flash.

No touch screen, but can quickly type text

Despite the fact that the Nokia 800 Tough is a smartphone, it is one without a touchscreen. Input is done via control buttons instead of via the screen. That will take some getting used to and may be a bit slower than you are used to. Still, you can enter text pretty quickly by dictating it to Google Assistant. That way you can enter text quickly and without hands. Not to mention the most important advantage of the 800 Tough: its unprecedented battery life. With a single active SIM card up to 34 days. Yes, you read that right. But you won't reach that number in practice, because you would have not to use it and leave it alone. And this 800 Tough is made to go outside.

Video's about the Nokia 800 Tough

The Nokia 800 Tough is Nokia's first rugged phone. Waterproof, dust-free and drop resistant. That's something we want to test!

HMD Global launches an indestructible Nokia in the shape of this 800 Tough.

Alternatives of the Nokia 800 Tough