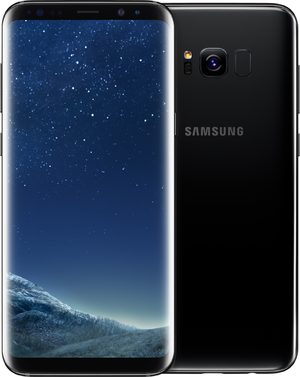 Similar with Galaxy S8+ but available

Reviews about the Samsung Galaxy S8+

The Samsung Galaxy S8+ (or S8 Plus) is the largest model released as a flagship for 2017. Despite not being named 'edge' it does have a curved screen around the edges. What else distinguishes the S8+ from the rest besides this Infinity Display is something we will explain below.

Other manufacturers use the plus-indication for much better models, Samsung uses it to indicate the size. The Samsung Galaxy S8+ gets an almost immense screen of 6.2 inches in size. That sounds impractically large, but because the screen edges have almost disappeared, the device is hardly larger than the iPhone 7 Plus that is equipped with a 5.5-inch screen. That's where the advantage of the so-called Infinity screen lies. A relatively compact phone with a large screen. In fact, the viewing experience is so different from what you're used to when you're immersed in the screen. Seeing is believing and it is hard to put into words. There was no room for the home button next to the screen. It now appears on the screen and is available at all times by pressing it. The S8+ recognizes the difference in pressure and gives a slight vibration so that you still feel as if you are pressing a physical button. The fingerprint scanner is now on the back, right next to the camera module. In the beginning it will take some searching, resulting in finger feathers on the camera lens. The Galaxy S8+ is smart enough to recognize that and then gives the advice to clean it.

The Samsung S8+ does not only have a new design, there is also a new form of authentication possible. The device recognizes your iris, the colored part of your eye that is unique and a lot harder to fool. Iris recognition is a bit slower than for example fingerprint recognition. You can therefore also opt for much faster facial recognition. This is almost as fast as fingerprint recognition. So if you can't get used to the new location of the fingerprint scanner, this is a good alternative. Apart from these three ways you can always choose a pattern, pincode or password. Enough possibilities. Samsung has also provided the S8+ with a safe folder in which you can place apps that are only visible to you. You can also put files in this folder that are only meant for your eyes.

Another difference between the S8 and this S8+ is the larger battery. It measures a capacity of 3,500 mAh. That seems a bit small in terms of screen area, but that's where the new processor comes in. It is based on a smaller 10 nanometer process. The smaller, the more energy efficient. But it is also faster, which means that apps start up faster and you don't have to wait as long. What the S8+ is also fast in is mobile internet. Samsung is one of the first phones to provide the S8+ with gigabit mobile internet. When Dutch providers support it, it is the first to go through 1 Gbit/s (that's more than 1,000 Mbit/s). To give you an idea of how fast that is; those are fiber optic speeds, but wireless. WiFi speeds are also higher. Thanks to a new technique they are up to 20% higher than the previous model. The condition is that your WiFi router supports the 1024-QAM technique.

The Samsung Galaxy S8+ is equipped with a waterproof housing, can be expanded with a memory card and has the same recognizable 12 megapixel Dual Pixel camera as its predecessor. Still, there are differences. Samsung promises better waterproofing, especially with harder water jets, and the camera has also become more intelligent. To take a good photo, you need more than good hardware. The underlying software has been expanded and now chooses the best settings more often. This should result in better photos. The selfie camera at the front does have hardware improvements. The resolution has gone up from 5 to 8 megapixels. More pixels usually result in a slightly sharper image. More important is the presence of autofocus with which sharp close-ups can be made. The Smart Auto Focus automatically focuses on faces, even when several people are in the picture. The S8+ also has stickers that you may know from Snapchat that allow funny effects.

Alternatives of the Samsung Galaxy S8+