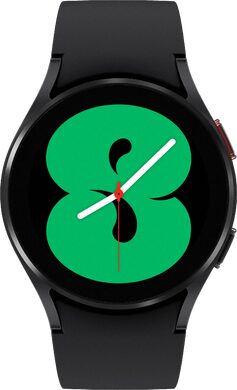 Samsung unveils One UI Watch 4.5 with support for better typing

Samsung has released a new version of its One UI interface for smartwatches. Version 4.5 adds features like swipe text input and Dual SIM support. The update is due somewhere in the third quarter of 2022.

According to Samsung, One UI Watch 4.5 should provide a more complete user experience for smartwatches like the Galaxy Watch 4 and Watch 4 Classic. Samsung warns that the number of features may change until the final release.

One UI Watch 4.5 is based on Wear OS 3.5 developed by Google together with Samsung. One UI Watch is Samsung's own interface on top of Android, just as One UI does with Galaxy smartphones. One of the new features is an improved keyboard that, as of 4.5, can also recognize swipe gestures. A combination of typing and dictation also becomes possible, even switching between those two during text input.

One UI Watch 4.5 also adds support for Dual SIM. When paired with a Galaxy smartphone with Dual SIM, you can recognize and use both SIM cards from your watch. This way you will always make a call using the correct SIM card and phone number.

Other features that version 4.5 brings are updated and customizable watch faces and new accessibility features. For example, you can change the contrast to make text more readable. You can also reduce or completely remove all kinds of embellishments such as transparency, shadows, and animations. This should provide a calmer experience, useful for those who are sensitive to it. From now on you will find all these options in one easy menu.

Samsung says it will roll out One UI Watch4.5 sometime in the third quarter of 2022. All features mentioned are subject to change.

Users of a Galaxy Watch4 can finally use the Google Assistant starting today. After downloading, the watch understands and executes spoken commands.

Samsung announced the Galaxy Watch 4 in August of 2021. It did so together with Google because the smartwatch runs a platform of the search giant; Wear OS. Previously, Samsung's smartwatches used their own platform called Tizen. Even though the Watch4 uses Google's Wear OS, the useful Google Assistant was missing. But that is being corrected as of today.

Because starting May 24, it will be possible for Galaxy Watch 4 owners to download the Google Assistant app from the Play Store. For now, this will only work for users from the countries listed below;

The assistant understands 12 languages, including English, German, French, Danish, and Spanish. Commands to play music or search information on the web become possible. It is unclear when other countries will follow and if more languages will be supported.

In addition to some foldables, Samsung also showed off two new watches during Galaxy Unpacked. The Galaxy Watch4 and Watch4 Classic are perhaps the biggest update the company has ever released.

Samsung and Google have joined forces. The result is an entirely new platform called Wear OS. Samsung applies its own skin on top of it: One UI Watch, which is very similar to One UI for smartphones. This makes the watch work a lot better with your Galaxy phone, but it is also much faster.

Scrolling on the Galaxy Watch4 and Watch4 Classic is now much smoother. This is not only due to new software. The built-in processor, the Exynos W920, is based on 5nm, has a 20% faster CPU and a 10x faster GPU. Graphic performance are therefore a lot higher.

In terms of health and fitness, the Watch4 series can monitor various functions. Whether you are doing a workout or sleeping, the Watch4 can track it. The new 3-in-1 BioActive sensor can simultaneously measure your blood pressure, heart rate and oxygen saturation. The Samsung Health Monitor app then makes all this information available.

Paired with your smartphone, the Watch4 can now also detect snoring or sleep apnea. If it detects this, it can give instructions on how to prevent it. The goal is to wake up more refreshed.

The Watch4 series has two variants; a modern Watch4 and a more classically designed Watch4 Classic. Both variants come out in two sizes. The Watch4 in a 40 and 44mm case, the Watch4 Classic in a slightly larger 42 and 46mm.

The watch case of the Watch4 is made of aluminum, the Watch4 Classic is made of stainless steel. Another difference is that the Classic is equipped with a rotating bezel. Apart from the size, screen size and battery capacity, all variants have the same specifications.

Contrary to previous belief, the Galaxy Watch4 has not been announced during the MWC. Instead, Samsung is debuting its new smartwatch at a special Unpacked event "later this summer". The Watch4 will run Wear OS with on top of that Samsung own interface called One UI Watch.

Samsung is doing something similar with Android for mobile phones. One UI is the interface that runs on top of Android. It has its own layout with unique set of functions. Manufacturers find an own Android skin important because it allows them to distinguish themselves from others. Samsung is going to do the same for its smartwatches. One UI is the name that Samsung uses for this, and it will now get its own smartwatch version.

The most important thing about One UI Watch is its close relationship with One UI for Android. Apps you install on your phone will also show up on your watch. Settings are also synced between the two. Calls you block on your Galaxy phone will also stop coming through on your watch. The Samsung Galaxy Watch4 will be the first smartwatch with One UI Watch. The announcement will take place later this summer during a special Unpacked event. It is not inconceivable that other products will be announced there as well. Possibly these include the Galaxy Z Fold 3 and Flip 3

Owners of an older Galaxy watch running Tizen don't have to worry for now, according to Samsung. Samsung promises 3 years of updates for Tizen watches from the time of launch. Tizen may have reached the end of its life, but the same doesn't apply to Tizen smartwatches for now.

The Samsung Galaxy Watch4 may be announced tonight during the MWC. This new smart watch from Samsung runs on Google's Wear OS and therefore no longer under its own Tizen. The two have merged and we can see the first fruits of that in these published renders.

For years, Samsung used the Tizen operating system but during the past Google I/O, Google announced that Wear OS and Tizen are going to merge. The first Samsung watch that will make use of this is this Galaxy Watch4. Samsung managed to keep images of the watch a secret for a long time but just before the fall they leaked out via 91mobiles

At first glance the Watch4 seems a bit more refined than the Watch3 with a narrower bezel. However, this seems to be optical as the entire front is now glass. According to the source and earlier rumors, the Samsung Galaxy Watch4 will come in 2 sizes; 40 and 44 mm. The Active version is dropped, making the Watch Active2 the last of its kind. There are still 2 buttons on the right, while the casing on the left is free of buttons. A rotating bezel, something that Samsung used to come up with, is nowhere to be found.

The real surprise of the Watch4: the processor

Of course, the watches are water and dust resistant, you can swim with it (5ATM) and it is robustly equipped with a MIL-STD 810G specification. Google already indicated that Samsung will use a new version of Wear OS but the real surprise will be the processor. Wear OS watch manufacturers relied on Qualcomm for years but it gave little priority to chipsets for smartwatches. Samsung on the other hand made its own chipsets but those watches on the other hand run Tizen.

With Google and Samsung joining forces, Wear OS watches may well gain access to Exynos chipsets with accompanying optimizations. This could result in a huge speed gain, something that Wear OS watches have been lacking. For example, Wear OS watches are significantly slower than the Apple Watch. In addition to more speed, we also expect longer battery life. The announcement of the Watch 4 is Monday, June 28 at 19:00 Dutch time.