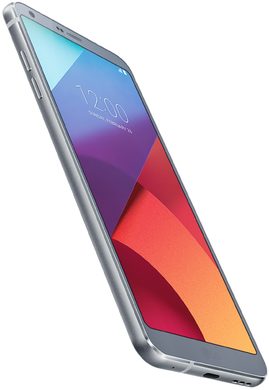 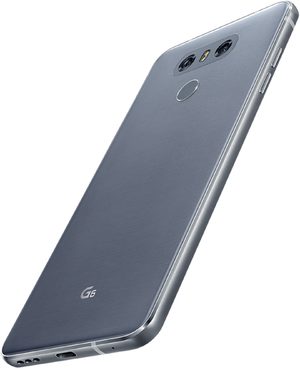 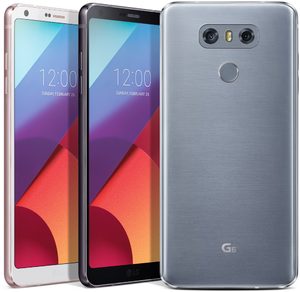 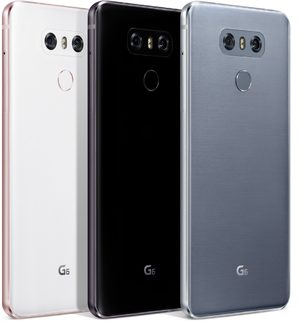 Similar with G6 but available

Reviews about the LG G6

LG has long succeeded in placing large screens in relatively compact enclosures. In the form of the G6, they come with a superlative. In previous years, LG tried to distinguish itself from the competition by adding unusual options to the aircraft. This had, to say the least, a varying result. With the G6, LG focuses on the 5.7 inch display with an 18:9 aspect ratio and as little space around it as possible.

Click here for the rest of our detailed LG G6 review

The LG G6 is LG's flagship for 2017 and is in many respects a big change compared to the previous year. For example, the G6 will have a surprising new type of display with much smaller screen edges. But there is more and we will discuss that as well.

Large screen in a compact body

First of all, the new screen. Everybody wants a screen as big as possible and everybody wants a compact phone that is handy to hold and to take with you. Until recently, the two didn't go together. LG shows with its FullVision screen that it can. The LG G6 is smaller than its predecessor but has a larger screen. To be precise, a 5.7 inch screen with a ratio of 18:9. According to LG you can "see more, discover more and experience more". We also like it and it will be the standard for the years to come. To make maximum use of this extra elongated screen, LG has adapted its user interface. It still looks a bit childish in our eyes, but they are now using that extra bit of screen surface. However, that doesn't work everywhere; because videos from YouTube, for example, are shown in a 16:9 ratio, you see black bars on the left and right. You can choose for a full screen display, but in doing so you lose something screen above and below. For each app you can choose which view you want; compatibility (16:9), standard (16.7:9) or full screen (18:9). The screen also supports Dolby Vision and HDR10 for enhanced contrast and bright colors.

Not modular, but waterproof

The LG G6 is a totally different phone from the previous year, that's obvious if you just look at the screen. But there are more differences. For example, this time LG uses a metal frame with a glass back. However, the biggest plus is the water and dust resistance. You do lose the modular character of the G5, but given the limited number of expandable modules available, that's not really a loss. However, the double camera on the back has remained more or less the same. One is equipped with a fairly regular 71° standard angle, the other has a 125° wide angle lens. With the first one you shoot 'normal' photos, with the wide-angle camera you capture more, but the image is a bit more distorted. LG clearly applies a different strategy than other manufacturers that choose a double camera. There, the 2nd camera is often used to capture depth of sharpness. LG has made it easy to choose between the two. Even when zooming, you change between both cameras unnoticed. In addition, there are 4 square camera functions; snap shot, grid shot, guide shot and match shot. This allows you to take funny and creative photos and collages.

LG has tried to make the G6 really a multimedia phone. Not only did they look at video and cameras, they also thought about sound. Because of the presence of 2 AOP microphones, loud sound can also be recorded. If, for example, you are filming a live concert, sound will not be distorted afterwards. This is because sound up to 129 decibels can still be faithfully recorded, many other phones often get stuck at 120 decibels. Prior to the launch of the LG G6, it was rumored that the device would have a Quad DAC which would also improve the quality of sound playback, but now it appears that only the model in the U.S. has it. Here, audio playback is limited to 24 bits and 48 kHz. This is a pity because on the G5 you had at least the possibility to install a separate DAC module from B&O.

Video's about the LG G6

Zack from @ZacksJerryRig has now also made a transparent LG G6. Cool and much simpler than the S8

Some people get off on this, it only hurts us. But it's necessary. Jerry's durability tests. This time from the LG G6

Interesting: the backgrounds of the LG G6 are not made by computer but old-fashioned by hand

Alternatives of the LG G6