Nokia is back! So it was high time for us to take care of one too. We chose the budget-friendly Nokia 5.

Now this is not the old Nokia from before the time Microsoft bought it, but there is a Finnish company behind it that has bought the name back from Microsoft. Moreover, they switched from Windows to Android. The Nokia 5 runs on a Snapdragon 430 processor and is also equipped with 16 GB of storage, a 13 + 8 megapixel camera and a 5.2 inch display. All this costs less than 200 euros.

In the segment of appliances for around 200 euros, the choice is very large. In 2017 the similarly priced Moto G5, Wiko WIM Lite and Wileyfox Swift 2 came out. For just over 200 euros you can watch the Moto G5S, Huawei P9 Lite and Samsung Galaxy J5.

Nokia has always been known for the solid build quality of their devices. Fortunately, little has changed. Even this affordable model is made out of one piece of aluminium. Whereas with other metal phones we previously saw a number of plastic lines on the back for the antenna, Nokia opted for a different solution. At the top and bottom of the phone, a wide strip is filled with plastic. This is not the best method. Especially because the plastic on our silver test model has a clearly different tint than the metal.

The glass is, as it were, slightly curved on the appliance and flows almost seamlessly into the sides. These sides run nicely round to the back. This makes it very comfortable in the hand. Although the metal doesn't give a lot of grip. The camera module protrudes a little bit but that's no more than a millimeter and it doesn't bother you. This silver version looks a bit bare to us, as if the aluminum is not finished. It almost looks like a prototype that has yet to get its final coating. You must clearly love it.

Except for Samsung, we don't see many phones anymore with separate capacitive buttons underneath the screen. Nokia still applies this to the 5. This has the advantage that you can use the entire screen surface to display content from apps. Disadvantage' is that you have to wring your thumb in slightly more difficult bends to operate the buttons. The illumination of the buttons can be set from a few seconds to always on.

On top of the Nokia 5, a 3.5 mm headset can be plugged in. On the left, two separate drawers are placed for the SIM card(s) and microSD card. The right side has an elongated volume button with the power button underneath. The loudspeaker is located at the bottom of the device next to the microUSB connection.

The Nokia 5 is equipped with a 3000 mAh battery. That should be an excellent capacity for a phone of this size. Especially because a budget camera is often used less intensively. We had two email addresses active and also used news and social media apps and WhatsApp. YouTube and the camera were probably used a bit less than usual. In a usage time of 1.5 days we achieved a screen on time of six hours. That is more than fine. 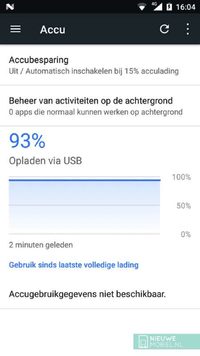 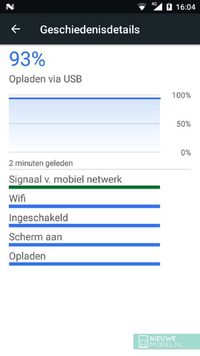 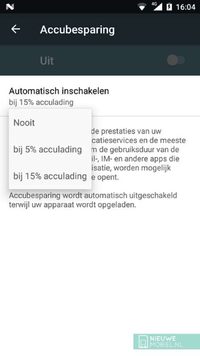 Android comes with one battery saving option as standard. This limits the performance of the device and background data and can automatically turn on at 15% or 5% remaining battery charge.

The processor the Nokia 5 is powered by is a bit of a weak brother. Now most competitors also run on this type so it's not a big flaw. However, they usually have a bit more working memory and the 2 GB of the Nokia is also a bit sparse. That's why there are quite a few hiccups when opening or closing heavier apps.

The 5.2 inch screen of the Nokia 5 has a resolution of 1280 x 720 pixels, which we think is a bit on the meagre side. Especially because a number of competitors have more to offer. Apart from that, it is an excellent screen with nice color reproduction and a good maximum brightness. Next to the (automatic) brightness, there are no further settings possibilities for the screen. 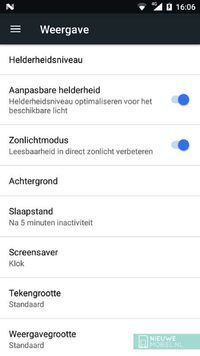 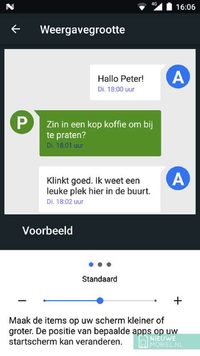 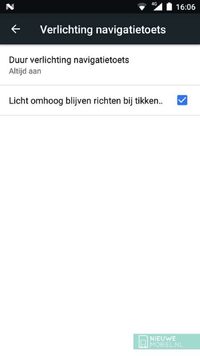 The Nokia 5 runs on Android 7.1.2. This is not the most recent version but it was at the time the 5 was released. Nokia has promised that all models will receive the update to Android 8.0. It is already available for the Nokia 8 and a beta is available at the time of writing. During the test period, our device was neatly updated with the latest security update. 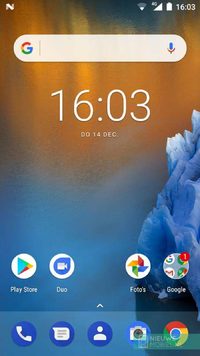 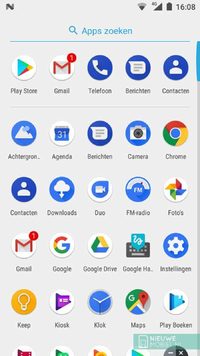 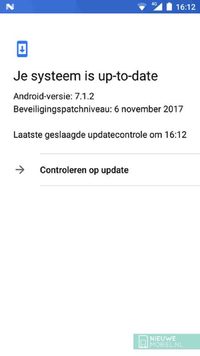 The updates can run so smoothly because Nokia hardly changes anything to standard Android. The interface is therefore very similar to what we see on the more expensive Pixel devices from Google. As a result, there are almost only Google apps installed on the device. For people who are used to the interface of other manufacturers, this may seem a bit basic, but we think it's nice and tidy. Moreover, this also requires less of the limited hardware. A little unfamiliarity with the new Android interface can be the lack of a button for the application menu. Instead there is room for 5 apps on the bottom line of the start screens and this line has to be swept up. 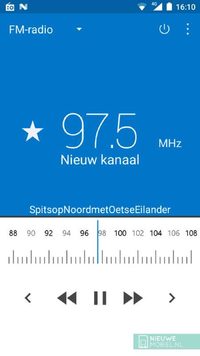 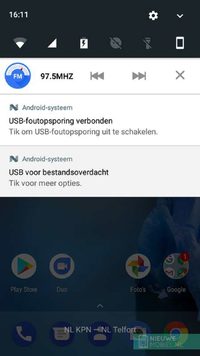 Nokia only adds an FM radio to the app range and replaces the camera app with its own version. Also different are the notification bubbles. It is true that this is now included in Android 8.0 Oreo, but the Nokia 5 also displays the number of notifications. During the test period, the device asked for feedback once more by means of a pop-up and whether we would recommend the device. We could not find out whether this came from the support app, but found it quite impertinent.

By placing the fingerprint scanner underneath the screen, it is in a place that should be easily accessible for everyone. It functions properly. The scanner gives one short vibration signal when your fingerprint is recognized and two in quick succession when it is not. This is useful because after recognition, it still takes quite a long time before the screen wakes up. In the meantime, the capacitive buttons first light up. The scanner has no extra functionality. 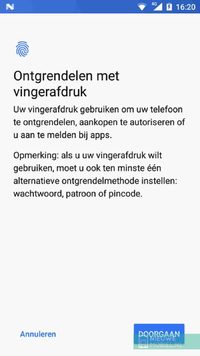 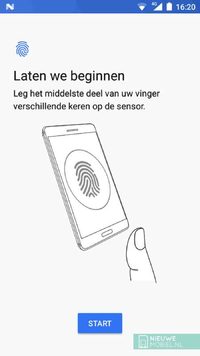 The Nokia 5's 16 GB of storage memory is not really generous. The operating system and apps quickly take up a good 10 GB. It is therefore advisable to insert a memory card into the device. Fortunately, that is possible. 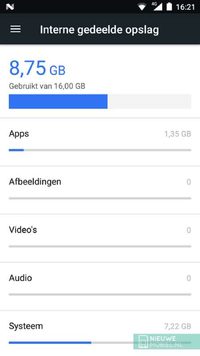 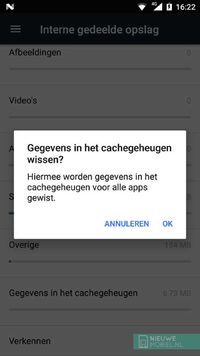 The camera has always been one of Nokia's strengths. Although that was especially true for the top models. The camera on the 5 is a 13 megapixel model with double LED flash. No technology from the well-known lens maker Carl Zeiss has been applied to the Nokia 5. As mentioned above, Nokia uses its own application for the camera. Because the Nokia 5 has a single camera, this does not mean that many functions have been added. The bothie function is not present either. 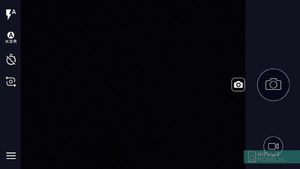 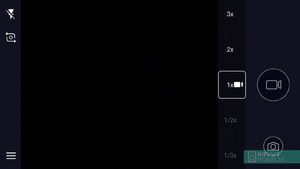 The interface of the viewfinder screen is similar to that on Nexus and Pixel devices. Although it does look a bit less sophisticated. It takes some getting used to that the settings menu cannot be opened by swiping from the left outside the image to the inside. The Dutch translation of the options is also a bit poor. The whole settings menu looks a bit rough, as if it was put together quickly. There are stories going around that Nokia will restore the interface from the Windows devices to the Android phones, and that would be a good development. 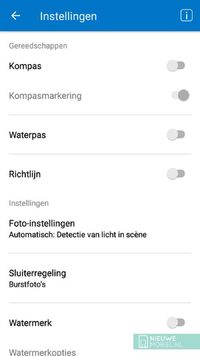 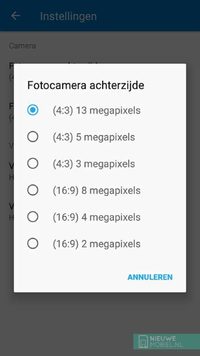 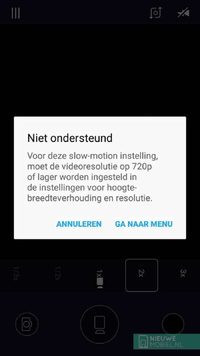 In addition to the regular photo mode, there is an update and panorama mode. For HDR there is an automatic mode. Filming can be done with the front or rear camera up to 1080p. in video mode, options for accelerated filming or slow-motion are immediately available. For slow motion you first have to adjust the resolution to 720p. 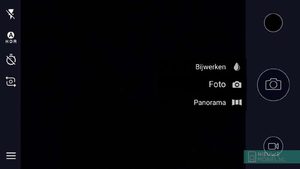 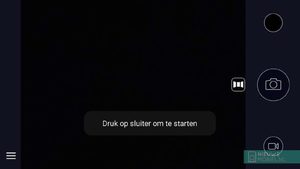 The camera seems to be somewhat limited by the software. Although it is always difficult to estimate how high the expectation pattern may be with a budget camera. In good light conditions and when you take the time to hold the camera steady, the Nokia 5 can take decent photos. It also holds up reasonably well for a close-up. However, the results deteriorate quickly in more difficult conditions. Colors fade, focus is not fast enough and details fade away. HDR could not always lift contrast and color reproduction to a higher level either.

Click above for more pictures taken with the Nokia 5

The Nokia 5 is clearly a budget device. That brings with it certain compromises. The slow processor is the biggest common denominator in this segment and therefore not immediately a weak spot for this Nokia. This doesn't necessarily apply to the screen resolution because some competitors do it better. Camera performance often suffers from cost savings and the Nokia 5 is no exception.

On the other hand, Nokia does a little better when we look at build quality and the use of pure Android. On these points, the Nokia 5 is quite future proof and promises to be an enjoyable device that will last a couple of years. If you want to buy a device for less than 200 euros, you have to be aware of certain shortcomings and weigh them up. A slightly larger investment often pays off in a lot more phone your money. For 250 euros, phones soon have considerably better specifications.