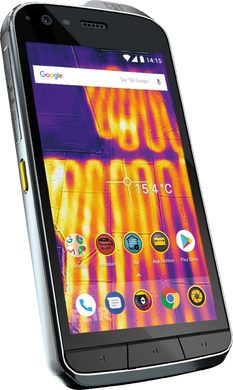 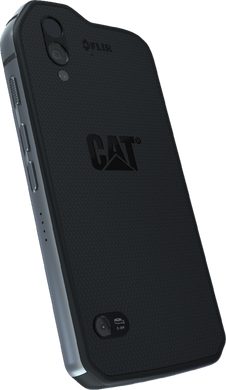 Reviews about the Cat S61

This time we get to review an eye-catching mobile; the Cat S61. A very robust phone with heat sensitive FLIR camera that can easily be mistaken for a builder's phone. That is partly true, but that would not do it justice. We will be happy to explain exactly how it looks here. Cat is a brand name of Caterpillar that you might know from the excavators. The company has lent its name to the Bullitt Group which markets rugged phones under the Cat name. This Cat S61 was announced in early 2018 and has been in stores since June 2018. Nevertheless, we are now reviewing it because it has a function that is especially useful in the cold days; a heat camera.

Click here for the rest of our detailed Cat S61 review

The Cat S61 is a rugged smartphone for professionals with a built-in FLIR thermal camera. In addition, it has several handy built-in tools that can come in handy when doing your job. We'll explain exactly which ones and whether they provide you with the right tools.

The Cat S61 looks a bit weird at first sight with its protruding hump on top. This is not without reason, because it contains the integrated thermal imaging camera. This so-called FLIR camera works on the basis of infrared and can therefore perceive the invisible. At a glance you can detect draft problems, leaks and short circuits. Handy for those who work with insulation or electricity. The FLIR camera displays temperatures of up to 400 degrees Celsius in high HD resolution. This is better than the S60, which is also equipped with a FLIR camera. It only went up to 120 degrees and did so in a lower VGA resolution. Heat images from the FLIR camera are superimposed on the image from the 16 megapixel camera in the MyFLIR app so that you have a clear overall picture with clear reference points. You can then save it as photo, video and even time-lapse. Information can be added such as a spot meter with the measured temperature to the comma.

If we look further into the appearance of the S61, the robust housing certainly stands out. The control buttons are real knobs that you can use with gloves and the rubber back, metal side and Gorilla Glass 5 front can take a beating. The device has an IP rating of IP68 and IP69K. This is the highest achievable, making it completely dust-proof and resistant to high-pressure water. And with the MIL SPEC 810G standard, it also withstands high temperatures and salty fog. To make it waterproof, there are flaps in front of the charging port. So you have to pick it up before you can charge it. Fortunately, with a 4500 mAh large battery you don't have to do that quickly. That's more than enough for an average use of 2 days.

A built-in heat camera is not the only tool that makes the Cat S61 ideal for professionals. For example, it has a built-in laser rangefinder and even an air quality meter. The latter warns you about toxic paint fumes but also provides information about temperature and humidity. All this is kept running by Google's Android platform, version 8.0 Oreo to be precise. Cat promises an update to Android Pie but at the time of writing it is not yet known when it will arrive. The processor choice fell on the Qualcomm Snapdragon 630. This is a striking choice because we often see less powerful copies in such robust phones. This chip has 8 cores at a maximum of 2.2 GHz and has 4 GB of RAM memory at its disposal. The storage memory of 64 GB is expandable via a microSD card that is also hidden behind a cover here. Furthermore, the S61 has a built-in FM radio of which you unfortunately have to plug in headphones to work. A pity because with a thickness of 13 millimeters you would say that there was enough space inside for an integrated antenna.

Video about the Cat S61

Shoot thermal images with the FLIR camera on the Cat S61. Just wash your hands under the hot and cold faucet

Alternatives of the Cat S61