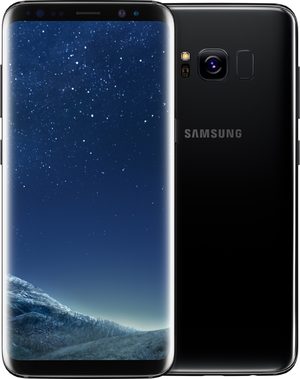 Reviews about the Samsung Galaxy S8

A Samsung phone without a physical control button. That seemed impossible for a long time, but in the meantime it has come to pass. Where other manufacturers had opted for purely software-based buttons much earlier, Samsung still held on to a real button underneath the screen. Moreover, a fingerprint scanner had been included for quite some time. However, this was a limitation when expanding the screen surface and because a screen as large as possible in as compact a housing as possible is a bit of the holy grail in the smartphone world, the button had to disappear.

Samsung Galaxy S8 in the news

The Samsung Galaxy S8 is Samsung's flagship for 2017 and is the first with the so-called Infinity Display that takes up almost the entire front. The effect this gives is difficult to capture on photos, you will have to see it in real life. Apart from the new display, the S8 brings even more innovation. Time to take a closer look at that.

Screen to dive into

With the Galaxy S8, Samsung has tried to come up with a new design for what we think a mobile phone is. The curved screen on the left and right hardly results in a screen border. Now the edges above and below the screen have almost disappeared as well. You are, as it were, sucked into the device. What's more, the result is a relatively compact device with a large screen. As said before, it is difficult to put into words, and photos and pictures do not do justice to the effect this Infinity screen gives. Only when you have it in your hands you know what we mean. This new all-encompassing screen does have one drawback: the familiar home button with fingerprint recognition is gone. The Home button is now displayed on the screen, as are the Back button and the Multitask view. The fingerprint scanner can now be found on the back of the screen right next to the camera. That's not only getting used to, you also leave a faster swipe on the same camera. Fortunately, the S8 warns you when the camera lens gets dirty.

The differences are smaller in the camera area. Samsung still uses a 12 megapixel Dual Pixel camera with an impressive bright lens with a maximum aperture of f/1.7. Additionally, there is optical image stabilization. So expect clear and sharp photos even in the dark. In spite of the fact that the specs look the same, work has been done on the underlying software. Because of this, better settings are chosen, which results in nicer photos. The real innovation, however, can be found at the front. There is a higher resolution selfie camera of 8 megapixels which is now equipped with autofocus. That makes super close-ups possible. Furthermore, the S8's selfie camera is equipped with Smart Auto Focus that automatically follows and focuses on faces, even multiple faces.

Samsung is one of the first phones to equip the Galaxy S8 with Bixby. That is her new personal assistant and therefore comparable with Siri on the iPhone and Cortana on Windows Phones. After its launch, the assistant is still in its infancy and can therefore only handle a few Samsung apps of her own. Eventually, several apps and languages will follow. Handy is that Bixby can not only be called up by shouting "Hey Bixby", he is at your service after a push on the button. A Bixby Convenience button has appeared on the left. Bixby immediately reads the screen and understands what you were doing. He can also recognize images looking for more information about them. Handy if you are on holiday and want more information about the monument you are standing for at that moment.

Alternatives of the Samsung Galaxy S8